Last week in Mississauga a Muslim man, leaving a family picnic, was beaten nearly to […]

If you’ve been following my blog for a while, you may have noticed that I […]

I’m always a bit stymied about what to say at Christmas. In previous years I’ve […]

When you believe in interdependence you believe that what happens to people on the far side of the earth will have its impact here in time. Everyone is connected. […]

The way we understand health and beauty is deeply impacted by the time and place we live in—and it is changeable. In the Renaissance plump and pear-shaped was the ideal, in the sixties it was twig-thin, in the nineties it was Loni Anderson (tiny waist, huge boobs), and according to the health magazine I just looked at being “super-fit” is now the epitome of beauty. […]

As Alan Cross so aptly stated, “David Bowie [was] not supposed to die.” As a life-long fan, I was delighted that Bowie released a new album on his birthday, and then stunned to learn of his death two days later. He was king of the freaks and the misfits: fearless, androgynous, shape shifting, enigmatic. He had strange eyes, bad teeth (until Imam), and a powerful command of uncanny symbolism[…] 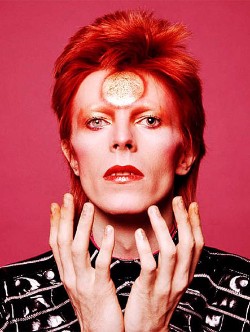