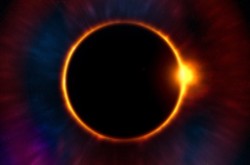 I am angry. There, I’ve said it—the word that is taboo for women, and especially women who practice yoga. The past two weeks have been marred by unbelievable violence, anger, and the slaughter of innocents: from Orlando to Baghdad to Minnesota to Dallas. My facebook feed is full of calls for peace and calm and understanding, and I love all of those things. But calling for peace from our place of safety and privilege does nothing to examine or change the structural violence that caused these unjust events to happen in the first place. It does nothing to help the income inequality, racism, lack of opportunity and institutionalized unfairness that helped instigate these events. Although we’ve had a relatively calm time of it in Canada we have nothing to boast about. We have our own poor, our own victims of discrimination and racism. We have the bulk of our Aboriginal population living in deplorable conditions.

The whole point of interdependence, the jewel of yoga practice, is that when injustices are happening to one group of people the ripple effects will eventually encompass us all. When a frightened or confused or angry cop makes a stupid decision (and I have no idea about why) it triggers others to make stupid decisions, and more and more innocents die. I don’t have any answers, but I do believe that to change the causes and conditions of violence we have to be willing to change ourselves. We have to feel and acknowledge where we are violent, where we are greedy, and where we are afraid. We have to be willing to feel our anger, to take care of it and process it, allowing it to be there without identifying with it, without believing that it defines us. That’s a lot harder than turning off the news, or listening to soothing music on our i-pods. But this is yoga. This is the work of a bodhisattva (an awakened being).

A few months ago, just after the Paris attacks, I was sitting in a coffee shop in Toronto when a middle-eastern man put his backpack down at the table next to me and asked if I could keep an eye on it while he went to the bathroom. I said yes, but the whole time he was gone I wrestled with the fear of “what if?” I saw my own paranoia, my own racism, my own delusions and projections about an ordinary, harmless guy. Yoga is about controlling the runaway horse that is our mind on fear. You can’t tame what you refuse to acknowledge, what you repress, ignore, or pretend doesn’t impact you.

Anger is important; it’s a good motivator, as long as it’s harnessed, acknowledged and not acted out in harmful ways (ahimsa or non-harming being a central tenet of yoga). What we do matters and we can make positive changes, but first we have to accept the fact that we’re not supposed to feel peaceful and happy all of the time.

I don’t have the right to tell anyone what to do. Those who have been wronged need to ask for what they need, and those of us in the position to help can listen and support them. I’m sure I probably would be a lot more popular if I said we should light a few candles, fill ourselves with inner peace and live in our magic bubble, but that is not, in my opinion, how we get free from suffering. To echo the teachings of Bernie Glassman, we need to bear witness to the pain of others, we need to “not know” how to fix it, and when the path becomes clear we need to be willing to do what we can when we are asked to do it.  Compassion is a difficult path, a lot harder than downward dog, but for me, it’s the point of the whole exercise, and it’s worth striving for.